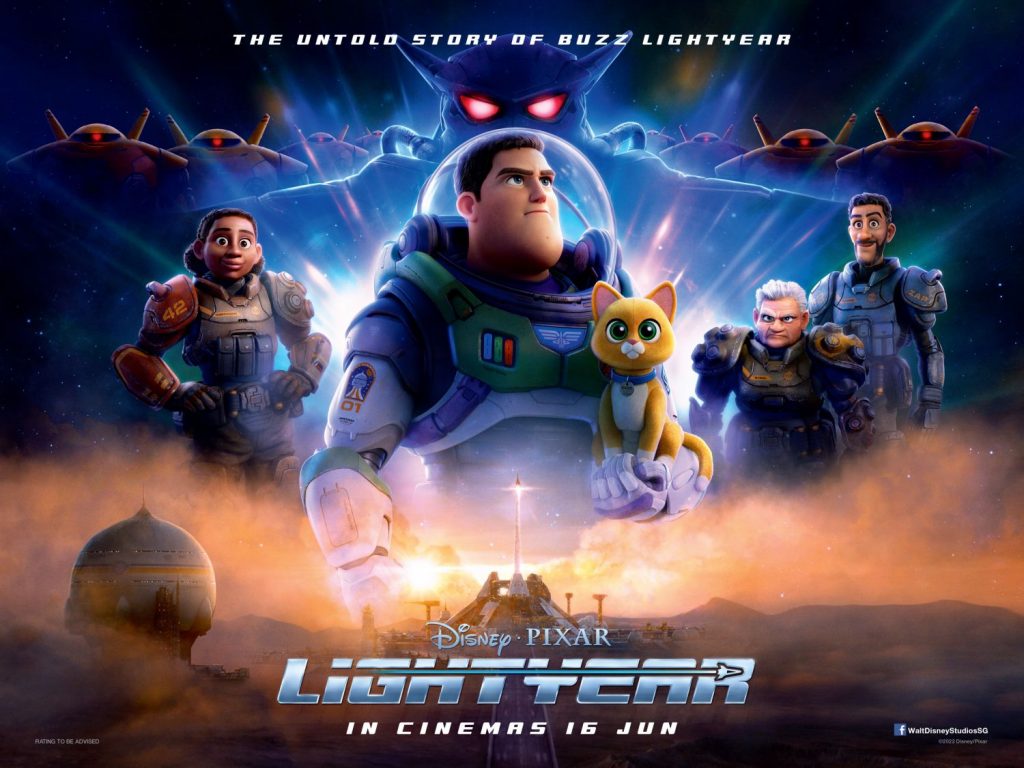 Initially, I didn’t think this was a movie that needed to be made. An origin story of a toy? How is that going to work? A lot of other people couldn’t understand why Tim Allen wasn’t voicing Buzz Lightyear. However, in the months since the movie was announced, the pieces began falling into place and it all began to make somewhat more sense. ‘Lightyear‘ is the story of the “real life” character Buzz Lightyear on which they toy (which we know from ‘Toy Story‘ and carrying the voice of Tim Allen) is based. So it is both an origin movie of sorts, but also not truly “connected” to the Toy Story film series. Are you with me so far? Okay, great!

One of the best things about ‘Lightyear’ is that you don’t have to be familiar with, nor do you even have to have seen, a single movie from the Toy Story franchise to be able to understand and enjoy this new movie. But for the millions of us who have already seen those films, there are plenty of cool Easter eggs and call backs to be enjoyed (along with a few surprises as well!). The voice casting in the movie is great. Chris Evans plays Buzz Lightyear, a member of the Space Rangers who is attempting to find new, habitable planets in the galaxy. But when an exploration of one possible planet goes wrong, Buzz and the rest of his crew are marooned on this new world and must attempt to find a new fuel source that will allow them to achieve lightspeed again so that their mission may continue. Buzz makes several attempts. Each attempt takes him only several minutes, but while traveling so fast on his test flights, what takes him just moments is actually the passage of several years for his friends and crewmates on the ground. And when an invading force of robots commanded by the mysterious Zurg show up, he must join forces with an unlikely bunch of allies in order to defeat his enemies and complete his mission.

The rest of the voice cast is very good and the new characters to which we are introduced are fun. We have Buzz’s Space Ranger commander Alisha Hawthorne voiced by Uzo Aduba, her successor Commander Burnside voiced by Isiah Whitlock Jr, the A.I. autopilot I.V.A.N. voiced by Mary McDonald-Lewis (who animation fans will recognize as the voice of Lady Jaye from the G.I. Joe cartoons), and Buzz’s new team consisting of Izzy Hawthorne, Darby Steel, Mo Morrison and his robot cat SOX (brought to us by the talented Keke Palmer, Dales Soules, Taika Waititi and Peter Sohn, respectively.). The plot and story are fine and the voice actors do a tremendous job of adding life and nuance to their characters, but for a children’s movie, I didn’t find very many laughs. We had some children in our screening of the movie and I think I may have only heard chuckles two or three times. Not that it has to be a laugh-fest, but it definitely seemed to lack the prevalent humor of previous Pixar films. My favorite character was the aforementioned robotic cat SOX. I’m not the biggest cat fan out there, but this character may be one of my favorite Pixar characters since Doug from ‘Up‘. (I think that we’ll see a lot of SOX toys out there for the kids this holiday season!) Overall, ‘Lightyear’ is a smart film with some cool scenes and a lot of heart. With a trim 1hr & 40min run time, this will make for a great family movie this summer. Seeing it on the big screen definitely makes the movie more impactful so I recommend getting out to your local theater to check it out. On a scale of 1 – 10, I’d give ‘Lightyear’ a solid 7. When you see it, let me know what YOU thought of it in the comments below!

END_OF_DOCUMENT_TOKEN_TO_BE_REPLACED 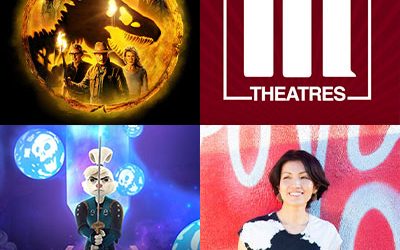